Progress on Climate Change – Some Good News (if you are an optimistic person)! 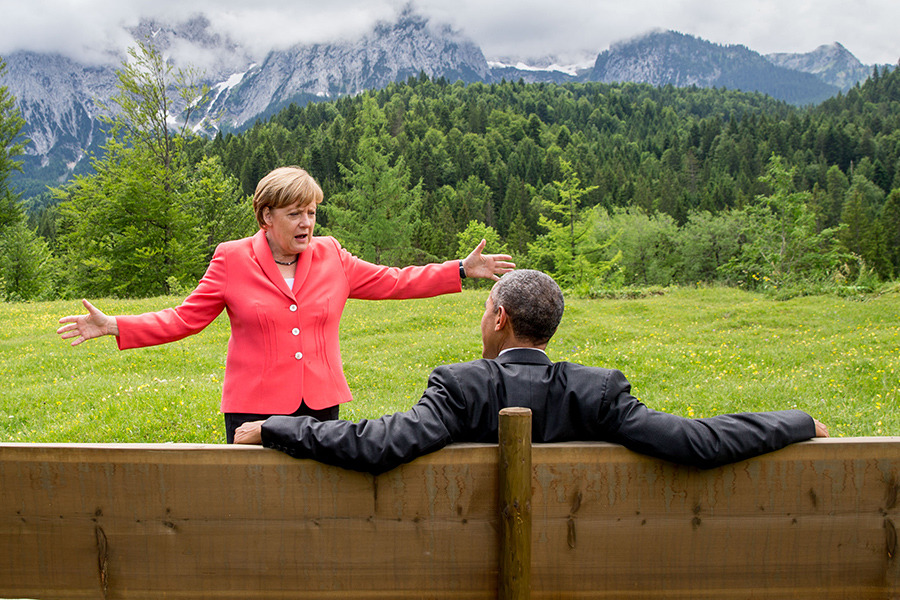 Conservationists can be a dreary bunch of people; good news is in short supply there is always a looming “environmental crisis” or species facing extinction that they want to bring to the public’s attention. However a couple of stories from last week, the G7 Declaration and news on China’s greenhouse gas emissions, might just be enough to incite a little bit of optimism.

The G7 conference, which included the Finance Ministers of 7 of the largest economies in the world (US, Germany, Japan, Canada, France, Italy, the UK and the European Union) wrapped up last week and before heading home the participants released a joint Declaration stating a long-term goal to decarbonise the global economy. With regards to climate change, the end goal is a decarbonisation of the global economy by the end of the century in order to limit global warming to less than 2oC.

The plan put forward by G7 has two main strategies. The first strategy is to get countries party to the UNFCC to commit deep cuts in global greenhouse gas emissions, reducing emissions by 40 to 70 % by 2050 compared to 2010. The G7 participants declared their “.. strong determination to adopt at the Climate Change Conference in December in Paris this year (COP21) a protocol, another legal instrument or an agreed outcome with legal force … that is ambitious inclusive and reflects changing global circumstances.”

The second strategy contained in the G7 Declaration is the raising of USD $100 billion per year by 2020 from public and private sources. This money is to be used to support vulnerable countries’ efforts to manage climate change related risk and to accelerate access to renewable energy in Africa and developing countries.

The National Bureau of Statistics China  has released data on Chinese energy use for 2014. The data shows that while there was an overall increase of 2.2% in energy use, the use of coal actually fell 2.9% (see the graph below). To put it into context China has reduced its coal power generation by an amount just short of Australia’s total annual coal power generation. 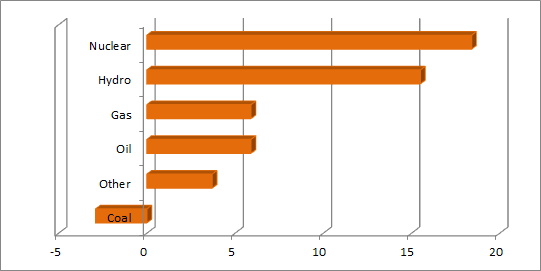 Change in percentage power generation 2013 to 2014 by energy source

Importantly, in addition to the reduction in coal power emissions, in 2014 the economy grew at a rate of 7.9%  even though emission grew at 2.2%. This indicates that there has been an overall reduction in energy intensity of the Chinese economy. It seems that China is well on track to meet its US/China climate targets pledge  to peak CO2 emissions around 2030, with the intention to try to peak early, and to increase the non-fossil fuel share of all energy to around 20 percent by 2030. 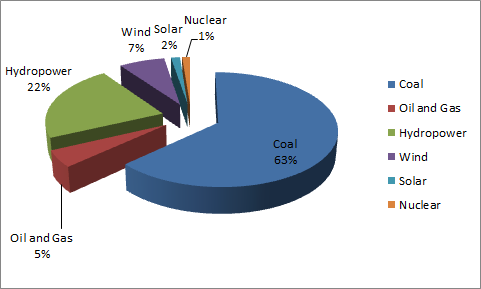 Breakdown of power generation in China by source

The optimist in me can’t help feel encouraged by the progress of the last few weeks.