Home Sustainability UNESCO: the Great Barrier Reef is not “In Danger”

UNESCO: the Great Barrier Reef is not “In Danger”

UNESCO, the UN agency charged with environment conservation, has completed its investigations and hearings into the health and management of the Great Barrier Reef (GBR) World Heritage Area and released its “Draft Decision”.  The Report does not recommend including the GBR on the list of “World Heritage in Danger”. 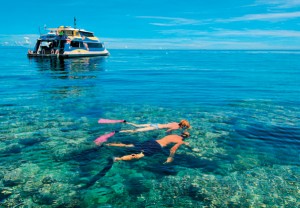 Has the reef been saved for future generations?  (photo credit: Tourism Australia)

Instead UNESCO has recommended that the World Heritage Committee welcome the progress achieved by Australia on the development of a long-term overarching strategy for the management of the reef. The establishment of which is considered by UNESCO as a major technical and policy achievement.

So after three straight years of threatening to list the GBR as “In Danger” the Draft Decision makes no mention at all of consideration being given to placing the GBR on the List of World Heritage in Danger.

Does that mean that the reef is safe?

…. Well it depends on your point of view.

The UNESCO decision has been welcomed by the government as recognition of the measures put in place; the Environment Minister Greg Hunt said “The world has recognised that Australia has made huge steps in the last 12 months. More [needs] to be done, but this is a good result for the reef, it’s a good result for Australia.” The obvious sub-text being that the Abbott government has rescued the reef from mess left behind by the previous government.

Conservation NGOs, such Greenpeace, have a not surprisingly alternative point of view.  Greenpeace’s Chief executive David Ritter  is on record as saying that “UNESCO has very clearly signalled that our beautiful Great Barrier Reef continues to be in deep trouble” and then, dropping all pretense of sub-text goes on to say that “ They’ve clearly signalled that the reef is not safe in Tony Abbott’s hands.”

As is often the case the truth lies somewhere in between the political extremes. It is useful to look at the agency reports to get a more balanced (and expert) opinion. 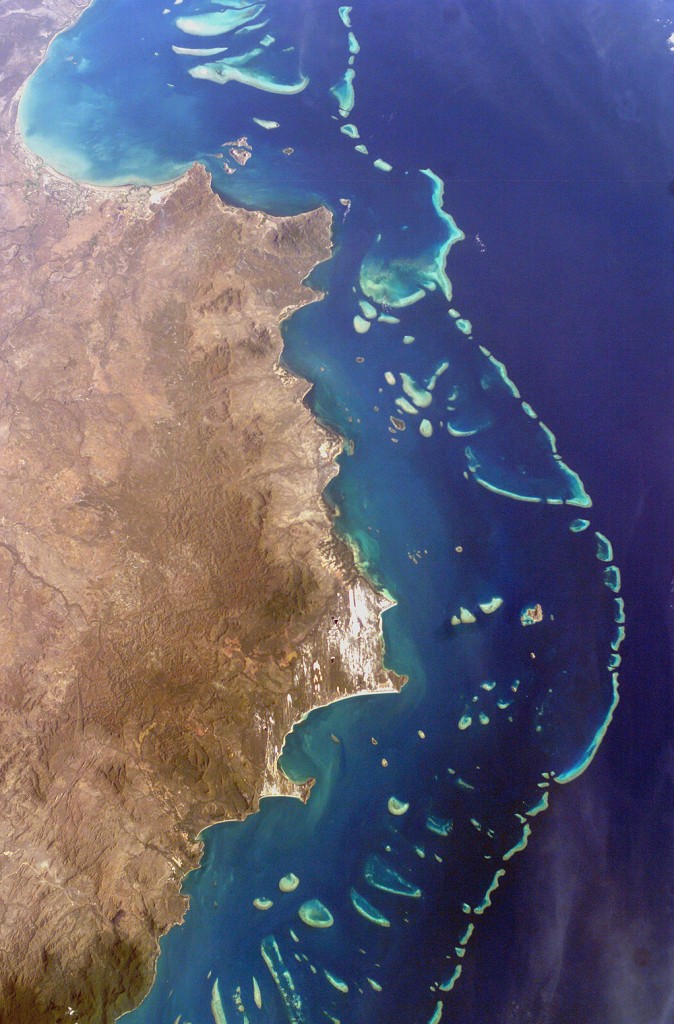 Section of the Great Barrier Reef as Seen From Space (photo credit: NASA)

The GBR Outlook Report 2014 is an independent, peer-reviewed report prepared by the Great Barrier Reef Marine Park Authority. It is based on the best available published science, research and information and describes the current state of and outlook for the reef.

The Report found that the reef met all the requirements for listing as a World Heritage Area but that continued to face a number of significant pressures. Critically it reports that the overall outlook for the reef is poor and is expected to further deteriorate in the future; and that reduction of all threats at all levels—reef-wide, regional and local—are required to prevent the projected declines in the reef and to improve its capacity to recover.

The highest risks to the reef identified by the Report are the long term risks associated with climate change and the immediate threats of poor water quality from land-based run off, coastal land use change, and some remaining impacts of fishing including illegal fishing

In response the government has established the Reef 2050 Long-Term Sustainability Plan that outlines an overarching vision for the future conservation of the reef over the next 35 years and, in particular:

Where to from here? …

It appears from their Draft Decision that UNESCO considers that measures proposed by Australia are sufficient to protect the reef. It is now up Australia to follow through and rigorously implement all of its commitments, including where necessary through their inclusion in legislation because only then will we be able to halt the current documented declines and create the conditions for a sustained recovery of the reef.